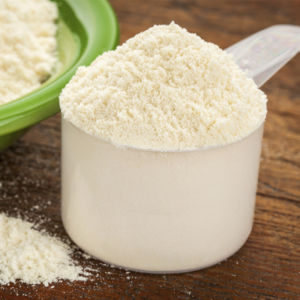 What does casein do?

Chains of amino acids called “peptides” are produced as a result of digestive enzymes acting on casein. Many of of these peptides have the ability to influence significant biological processes which may beneficially affect us. This includes hormone secretion, immune defense and nutrient uptake.

Casecidin – Resulting from digestion of casein, casecidin exhibits in vitro activity against many bacteria including Staphylococcus, Bacillus subtilis and Streptococcus pyogenes (1)

Casoplatelin is a peptide derived from casein which has the ability to affect platelets and cause a beneficial antithrombotic affect (6). Amazingly, two antithrombotic peptides have been identified in the plasma of newborns, both after breast feeding and ingestion of cow’s milkbased formula (7).

The American diet is notoriously low in calcium intake. The average adult requires 1200mg per day of elemental calcium however the average daily intake is approximately 650mg. This is extremely important in women who suffer from post-menopausal osteoporosis and therefore they usually supplement their diet with calcium and vitamin D.

Caseinophosphopeptides, are produced by digestion of casein. They are frequently found bound to calcium and result in increased absorption of calcium in the intestine (10). Animal studies revealed that they also have the ability to inhibit the formation of dental caries by recalcification of the dental enamel (11).

Stimulation of the Immune System

ACE Enzymes, in addition to raising blood pressure, also inactivate a substance called Bradykinin. Bradykinin has immune stimulating effects. Casokinins are immune enhancers by decreasing the inactivation of bradykinin. An additional benefit demonstrated by bioactive milk peptides was that phagocytosis by white blood cells was increased in their presence (10).

This is a group of opioidkepetides with many beneficial actions (11). In the same way our body produces endorphins from exercise, casomorphins are exorphins with many of the same attributes (12, 13). In addition to affecting hormone secretion, they are active in the gastrointestinal tract in adults and may exert an anti-diarrheal action.

9. Reynolds E., 1987. the prevention of sub-surface demineralization of bovine enamel and change in plaque composition by casein in an intra-orl model. J. Dental Res. 66:1120- 1127.